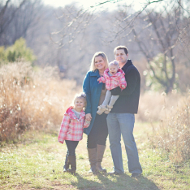 My husband and I bought our first house when we were expecting our first baby back in 2009. Like a lot of families, we quickly outgrew our 2 bedroom villa as our family continued to grow. We spoke with Rob last spring about listing it but there were several other villas, that were almost identical to ours, that were listed for way less than what we could sell for.

After only a couple of months, we received an offer for the full amount of our asking price! We ended up selling our villa for the highest price that any of the comparables had sold for in several years! We were very thankful for Rob’s willingness to work with us and our crazy schedules but also for his great ideas and wisdom in real estate.