They have a beautiful Civic Center located at 200 Civic Center Drive to serve their residents. It is home to both their City Hall (636.625.1200) and their Lake Saint Louis Police Department (636.625. 8018). Their new Public Works facility (636.695.4221) is located at 307 Parkway Industrial Drive in the Hawk Ridge Industrial Park subdivision off Lake Saint Louis Boulevard.n

The City is a ‘Tree City, USA’ community with approximately 14,000 residents calling Lake Saint Louis home. As the name implies, the City's central features are the two private lakes, owned by members of the LSL Community Association. However, the lakes are just one of the many amenities located in the Lake Saint Louis.

In addition to having one of the best school systems in the state, they have many attractions, including: The Family Arena, minor league baseball and the National Equestrian Center located in Lake Saint Louis.nnAlso, the area is well served by two major highways, which makes the rest of the St. Louis region very accessible.

St. Louis attractions such as Lambert-St. Louis International Airport, Spirit of St. Louis Executive and General Aviation Airport, and Riverport Amphitheater (UMB Pavilion) are all within a 30-minute drive. In downtown St. Louis, the Arch, the Baseball Cardinals, the Football Rams, the St. Louis Symphony, the Fox Theater, the Art Museum, the Science Center, the Zoo, Washington University, St. Louis University, The University of Missouri-St. Louis, and the Botanical Gardens, along with many others, are all within a 45-minute drive of the city.nn 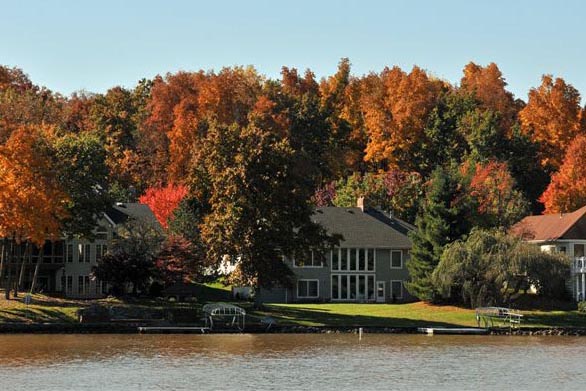