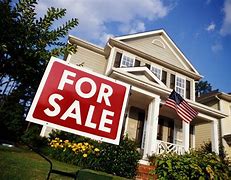 Last week, Fortune Magazine’s headline may have seemed overblown, but it did its job of capturing the attention of any readers who happened to come across it:

“There’s a big shift happening in the housing market.”

It’s the kind of headline that seems to beg for a couple of exclamation points. At any rate, house-hunters would have found it hard to ignore. Any “big shift happening” in the housing market would be sure to rivet any prospective buyers currently combing the listings.

The article did indicate that there could well be the underpinnings of a sea change in many a local market—but that’s subject to a wider context. As Fortune established, this fall will mark a transition from a 2021 U.S. market where “bidding wars got so intense” that “home price growth set an all-time record.” So even the most gradual settling into a more typical pace would literally qualify as a “big shift”—but one a lot less dramatic than the phrase evokes. Plus, it’s a shift that’s been widely anticipated.

To the extent that the listings have reflected one key attribute of the wider market—the nationwide shortfall in the inventory of homes for sale—a return to more typical numbers of available properties could be counted upon to slow the rate of price increases. That would be welcome news for house-hunters. More competition between sellers means less pressure on buyers, with a probable lessening of the kind of bidding war psychology that spurred a national all-time record in price growth (June’s S&P CoreLogic Case-Shiller home price index pegged it 18.6%).

Does this portend the advent of a true buyer’s market? Back in June, yahoo.com reported that “our nation is underbuilt by about 3,800,000 single-family homes”—a gaping deficit that will take a sustained inventory buildup to extinguish. Increasingly, builders are pitching in, but for the past eight years, they’ve averaged just 1.2 million starts per month (compared with 1.7 million previously). True, the end of the government’s mortgage forbearance program could force some strapped homeowners to sell instead of restarting their home loan payments—and that could increase the volume of listings. But the strength of that effect won’t be known for some time.

For house hunters encouraged by the prospects for this fall’s market, the wise course of action is unchanged—mainly, to keep a steady eye on the listings. That, and one more tip that successful buyers have relied on for years: call me!