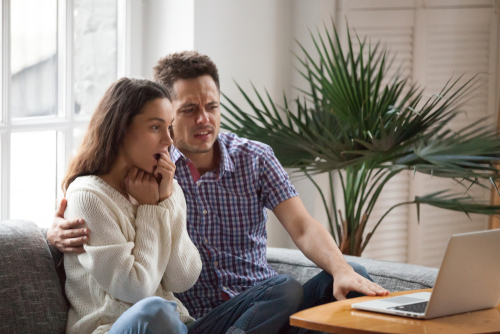 When you are planning to sell your St. Louis home, the latest interest rate gyrations can become a worrisome element in your planning. Last week’s news should provide a measure of anxiety relief.

Back a year or two ago, when almost all the credible financial voices were united in predicting that St. Louis’s historically low mortgage interest rates would soon be moving back up into more familiar territory, the effect was to prod buyers to get busy. St. Louis sellers took note, as well.

Everybody knew that the imminent rate rises could make all the difference between a doable monthly mortgage payment and a budget-breaker. Frequently cited were examples like the one pointing out the difference that a single point could make on a typical $350,000 mortgage payment: more than $200 a month. There was extra pressure on some home loan applicants whose incomes were deemed sufficient at the original rate: they might be declined if rates rose.

As is now amply evident, those interest rate worries turned out to have been surprisingly wide of the mark—or at least severely premature. Last week’s news provided renewed reason for St. Louis home buyers and sellers to put aside their mortgage rate anxieties for the moment. On Wednesday, the Federal Reserve reinforced their decision to hold the benchmark interest rate steady at the previously stated target range of 2.25% to 2.5%—which translates into a continuation of today’s temptingly low St. Louis mortgage rates.

For St. Louis mortgage rate watchers who remember that the March announcement included worries about a slowing economy, Wednesday’s pronouncement that economic activity “rose at a solid rate” is another indication that even the Fed’s governors have been surprised at the strength of the economy. For St. Louis buyers and sellers, that’s exactly the kind of backdrop that encourages home buying.

This spring continues to deliver a letter-perfect backdrop for anyone primed to launch their own St. Louis real estate initiative—both sellers and buyers. That makes it prime time to give me a call! 636.329.4100